Updates from the Palace of the Priesthoods of the Gods 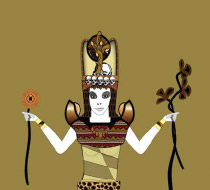 Lady Osúre hiTukimchásh of the Dark Fear Clan, High Ritual Priestess of Sárku. She is no longer in Sokátis but has now managed to get a transfer to the City of Sárku to serve there as a priestess in the shrine of Lord Siyenágga, the ‘Wanderer of Tombs’. She was very happy to get out of Sokátis after the violence and fighting of the past few years. She was not hurt when the Salarvyáni invaded that city, but her clanspeople had their clanhouse seriously damaged, and she lost some jewellery to Salarvyáni looters. 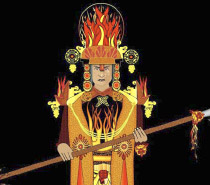 The First Temple of Lord Vimúhla in the Chákas has announced that Elder Mîgor hiTúkkolen of the Eye of Flame Clan, Shrine Guardian at the Aspect of Púrukasài, formerly of The Legion of The Storm of Fire has journeyed on to the Halls of the Ever-Blazing Flame. His long and devoted service to the Lord of Fire is to be held out as an example of true devotion in preparation for the Final Conflagration. His ashes shall be entombed in a place of honor below the flagstones of his beloved Shrine. 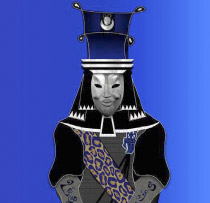 Omél hiViridáme of the Cloak of Azure Gems Clan, Preceptor of the of the Hall of Sapphire Glory in Mrélu, Ascendant in the Society of the Blue Light has been appointed by the ‘Speaker of the Will of the Gods Within the World’ to the Court of Purple Robes and will soon report to the Hall of Supernal Radiance for the First Enclave of Emperor Mirusîya’s reign.