If you’ve never heard of Tékumel before, you’ve come to the right place. Here you’ll find a basic description of the world of Tékumel and how it came into being.

The World of Tékumel

The story begins some 60,000 years in the future, when humans and their alien allies settled the planet of Tékumel. After extensive terraforming and clashes with the planet’s native species, Tékumel became a residential planet frequented by the wealthy and powerful.

Then came the Time of Darkness, when Tékumel and its solar system suddenly and mysteriously fell into a pocket universe, shattering civilisation and causing humans, allies and enemies alike to fall back into barbarism. The sky was empty of stars and all lines of communication were cut; the great machines fell silent.

For perhaps fifty centuries survival hung by a thread, but slowly civilisations emerged from the darkness and wars raged across the planet between empires and against the native species, the Ssú and the Hlüss. Mankind has climbed back up to a social and technological level resembling that of Earth during the European Renaissance, but the societies of Tékumel are different and unique. Now is the time of the Second Imperium of Tsolyánu, the other four major empires of the northern continent—Livyánu, Mu’ugalavyá, Yán Kór and Salarvyá—and many other lands, alien enclaves, vast deserts and endless seas. The learned can make use of a form of ‘magic’—actually extra-dimensional energies from the ‘Planes Beyond’, or the magic-like effects of ancient technological devices. Contact has been made with a race of powerful extra-dimensional beings—‘gods’ to all intents and purposes—that are worshipped with elaborate ritual.

Tékumel is a world of tradition, elaborate bureaucracies and heavily codified social structures and customs. They have mighty, well-organized legions like those of the Romans. Their gods are like those of the Hindus, with a heavy dose of the bloodthirsty Aztec or Mayan deities. Their legal codes and sciences are much like those of the Arab philosophers of the Middle Ages; they are obsessed with personal and family honor much like the medieval Japanese. The societies presented with the game are very intricate and very old, with histories, traditions, and myths stretching back some 25,000 years.

For more details, visit the History of Tékumel section. 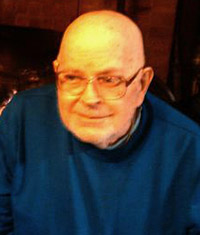 Professor Muhammad Abd-al-Rahman (MAR) Barker, known to his friends as ‘Phil,’ was a Fulbright Scholar (1951) of vast accomplishment. He is probably best known for his creation of the world of Tékumel, which he developed for over 70 years and which has been compared to Tolkein’s ‘Middle Earth’ in its scope, sophistication, and complexity.

Born in 1929, Barker graduated Magna cum Laude and Phi Beta Kappa from the University of Washington with a BA in Linguistics in 1951. He traveled on a Fulbright Scholarship to India where he studied the Koraku, Korwa, Uraon and Jaunsauri languages of rural India and the Himalayas, and while on this trip converted to Islam. Upon his return to the United States, Barker was elected to the California chapter of the Sigma Xi Society for the promotion of research in science. In 1959 he completed his Ph. D. by publishing the grammar and dictionary of the Klamath Indians of southwestern Oregon, which was used as reference material for Native American languages by the producers of the Northern Exposure TV series during the 1990s.

He traveled again to Pakistan in 1959 on a Ford Foundation grant where he studied the Urdu, Punjabi, Pashto, Baluchi, and Brahui languages. In 1961 he published an anthology of Urdu poetry. From 1961 until 1969 Professor Barker taught Arabic, Urdu-Hindi and linguistics at McGill University in Canada, and in 1970 spent a year sabbatical in Lucknow and Hyderabad where he worked on an advanced reader of classical Urdu poetry. In 1972 the Barkers moved to Minneapolis, where Professor Barker chaired the Department of South and Southeast Asian Studies. He continued to teach at the University of Minnesota until his retirement in 1992.

In addition to Tékumel, Professor Barker was an avid student of Meso-American cultures including the Inca, Maya, and Aztec peoples. His creation of Tékumel includes elements of Central American and southeast Asian cultures, including religious pantheons, ornate pyramidal temples, and elaborate costuming.

In 2008 Barker established the Tékumel Foundation

as his literary executor to protect and promote his intellectual property. Professor Barker died aged 82 on March 16, 2012.

Barker was a Professor at the University of Minnesota during the period when Dave Arneson and Gary Gygax were developing Tactical Studies Rules’ (TSR) first role-playing games in the Twin Cities and Lake Geneva, Wisconsin. In 1975 Barker’s game Empire of the Petal Throne was the first role playing game published by TSR, Inc following the release of Dungeons and Dragons.

Role playing games set in Tékumel have been published every decade since then, including the 1983 Swords and Glory, 1994’s Gardásiyal, and 2005’s Tékumel: Empire of the Petal Throne. Beginning with Man of Gold in 1985, Barker published five novels, several game supplements, and a number of short stories set in Tékumel.

Now, a wealth of gaming and source information—game systems, miniatures and miniature rules, maps, fanzines, background material, a treatise on demon summoning, a bestiary, scripts, languages (in the case of Tsolyáni, a language that can be spoken, with a grammar handbook and lexicon, like Tolkien’s Elvish or Star Trek’s Klingon), histories, modes of dress, etiquettes, architectural styles, weapons and armor, religions, legal codes, demographics, sciences, adventures, even five novels—is available to those interested in Tékumel, and the Tékumel Foundation is working hard to ensure that a vast amount of hitherto unpublished material with be made available in the future.

In short, the world of Tékumel is one of the most extensively developed fantasy milieus of all time. This site is designed to intoduce you to all the wonderful complexity of Tékumel. Enjoy!